Weather conditions, international markets, freight costs and animal nutrition needs are all factors that ReidStockfeeds’ (RSF) commodity team keep in mind when they are sourcing grain and legumes.

This season has seen some unusual things occur with the cereal harvest, in particular the effect of demand from northern Australia’s farmers with ongoing drought.

According to RSF’s Marcus Dingle, there was a very early wheat harvest in northern Victoria – some growers took their crop off in November – with yields of 0.5-2.5t/ha.

“There was a better return on lower yielding crops at that time,” Marcus said.

There have been better yields in southern Victoria and Western Australia, as crop came off this month (January). Marcus has seen yields of 5-7t/ha out of southwest Victoria, with price parity across the southern belt as crops have landed at Melbourne, Trafalgar and the Goulburn Valley.

About 20% of the crop was harvested with forward contracts. This has given RSF the strength to negotiate on price to minimise impacts on customers up the value chain.

“Many growers have also taken the option of holdingonto their grain, with the expectation of increasing prices,” Marcus said.

A lot of the price speculation is hinged around whether the eastern States will receive rain – that will affect not only time of sowing in key cropping areas of the Riverina and western NSW, but what type of crops will be sown and in what quantity.

“The question everyone is asking is, will the weather change, will it rain?” Marcus said.

To this point, a fair quantity of grain has been land-freighted out of northern SA into western NSW and Victoria, bought by feedlotters, large-scale poultry growers and livestock farmers experiencing drought stress and keen to get hold of high protein feed sources for their animals.

Having visited WA growers and sent other people to inspect crops, Marcus is expecting a bumper harvest, estimating 15 million tonnes of wheat will be produced this season. But the eastern states will be competing against international trade winds and Asian demand for wheat from WA, so that will affect pricing and availability. It has led to some strategic negotiations and decision making to compete in that market; as well as minimise the impact of the cost of sea freight tothe eastern States.

Canola meal and oil is another crop RSF agents keep an eye on. Frosting was widespread in Victoria in November, so some farmers took the advice to harvest early, cutting their canola crops for hay. However, Marcus said there was a mix of farmers who harvested early compared to others who held on and brought their crop off at the usual time.

A lot of the price speculation is hinged around whether the eastern States will receive rain – that will affect not only time of sowing in key cropping areas of the Riverina and western NSW, but what type of crops will be sown and in what quantity.

Nothing gets past this man without his tick of approval. QA Colbo Officer, Steve Owen on the bridge.

He sourced lupins from WA to meet customers’ demand. A key factor in this decision was the price, including freight. Marcus saw a lot of the NSW lupin crop fail this year because of thedrought.

He said the changing climate – with weather patterns shifting and ongoing drought – meant customers had to be aware that finishing times and yields would vary across Australia.

“The January heat wave that’s ongoing across Australia is affecting finish and the likely prices of sorghum. This is putting pressure on the need for southern crops to yield well, to meet the demand for seed for feedlots and chicken producers,” Marcus said.

So the focus of RSF buying agents has been on purchasing grain and lupins strategically, including forward contracting some crops, to minimise risk and ensure supply.

Internationally, Chinese demand for soybeans out of the US could cause major price volatility in the commodities market.

Weather conditions in the Ukraine, an expanding cereal growingregion, would also affect international demand for grain, aswell as price volatility. The growth of this region’s relevance is affecting the USA and Russian states, traditionally key drivers of the market price for wheat.

Just like interest rates RSF have the ability to lock-in a portion of your commodity requirements (or risk) over a period of months. If this is something you would be curious about receiving more information on please send through your enquiry to Marcus Dingle via email: mdingle@reidstock.com.au. 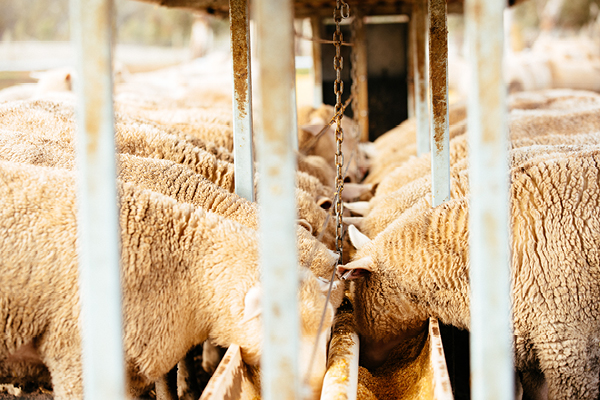 Pellets, Crushed Grain Or Whole Grain, Which Is Best For You?

Pellets, Crushed Grain Or Whole Grain, Which Is Best For You? With…
Read More